Built in 1860, St. Ann's Warehouse was originally fabricated as a Tobacco Warehouse.  It was built 5 stories tall near the East river on the heights of Brooklyn, over-looking lower Manhattan.  Through the years, the building dramatically evolved similar to the city around it.  It was downsized around the 1870's, when the Brooklyn Bridge was built over top of it.  In the 1940's, three stories were removed to avoid fire protection codes.  That proved to be a fateful decision during the arson wave of the 1970's.  A fire was started that left the building abandoned for years.  It has since then been resurrected as the wonderful home to St. Ann's Warehouse Performing Arts Institution.  The warehouse has a multitude of areas that allow visitors to immerse themselves into the arts.  The warehouse includes the theatre that seats 300-700 people, a multi-use studio for smaller events, and the Max Family Garden.  The St. Ann's Warehouse project came to life with the partnership between Marvel Architects, York Construction Group, and GBA Architectural Products + Services.

Marvel Architects is an international firm dedicated to creativity and diversity.  They have an  "award-winning reputation for designing at the intersection of public and private space."   Marvel Architect's projects "have been recognized with over 125 international industry design awards including the AIA's highest honors," according to their website.

Yorke Construction Group was founded in 1923 and has been serving the New York City area since then.  Yorke Construction prides themselves on "offering personalized construction services to the greater metropolitan performing arts community, as well as local foundations, educational institutions, and high-end residential condos."

A large part of the design was to create a clerestory window, topping off two whole elevations and wrapping onto the other two elevations. The goal was a light penetrating surface that was functional and durable.  The final product chosen was GBA's glass brick, VistaBrik, which is a 3" thick solo glass masonry unit.

Collaborations with Marvel and York on product identification, design refinement, dimensioning, detailing, and execution is what we have specialized in for over 35 years.  The final design was a 4" x 8" x 3" unit laid in a running bond which became the largest glass brick running bond project in the country at the time, with no visible mullions or tiebacks.  The ability of the glass brick to allow light to penetrate during either the day or night, creates the luminous and welcoming appearance Marvel designed.  The end result was a design masterpiece, perched under the Brooklyn Bridge. 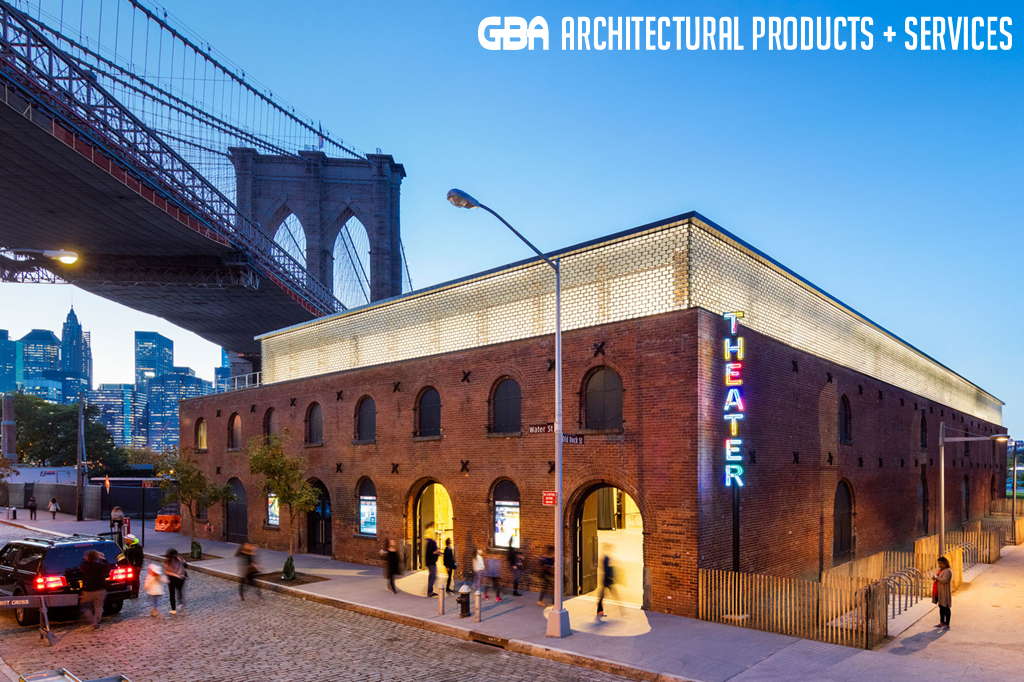 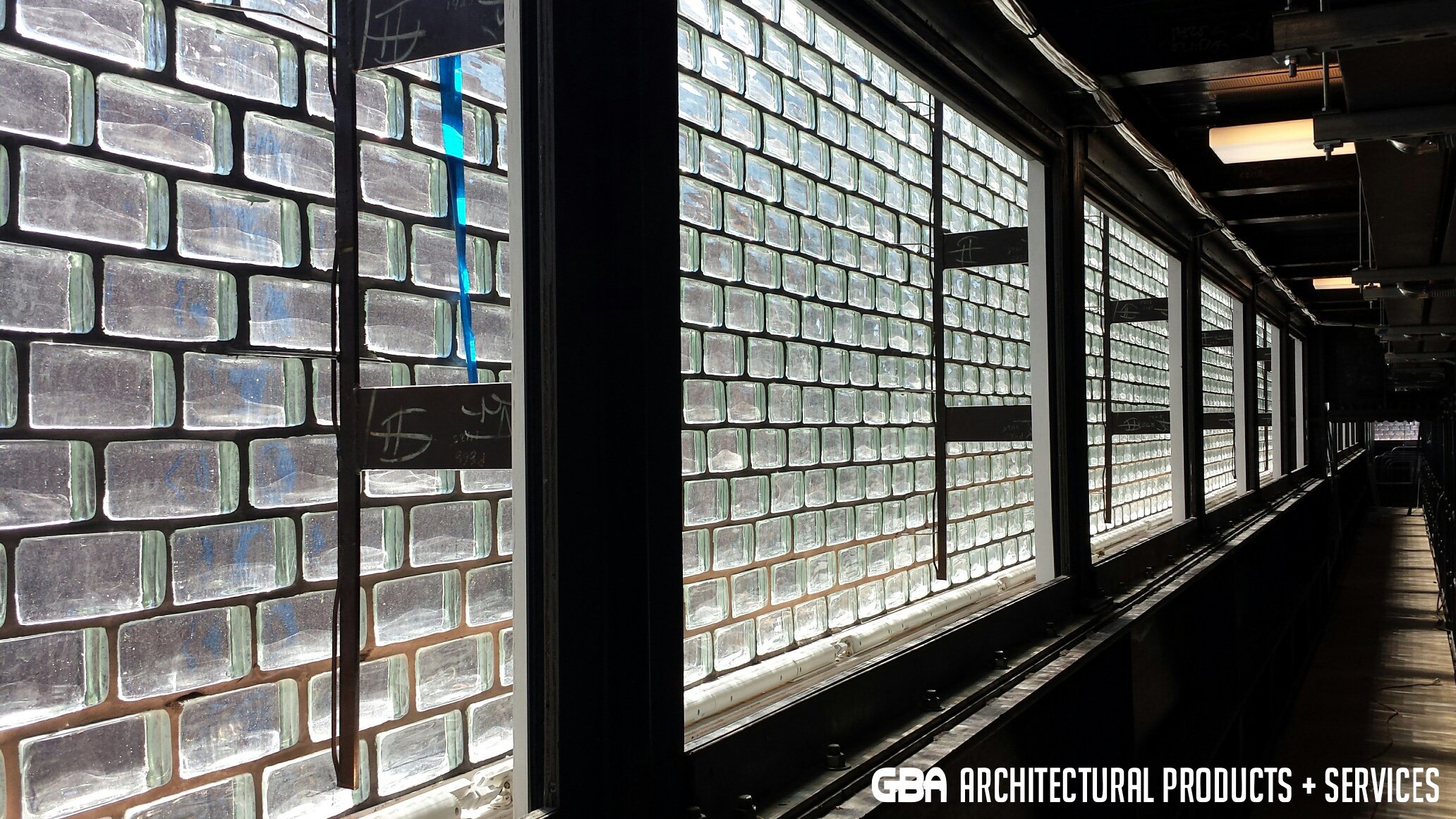 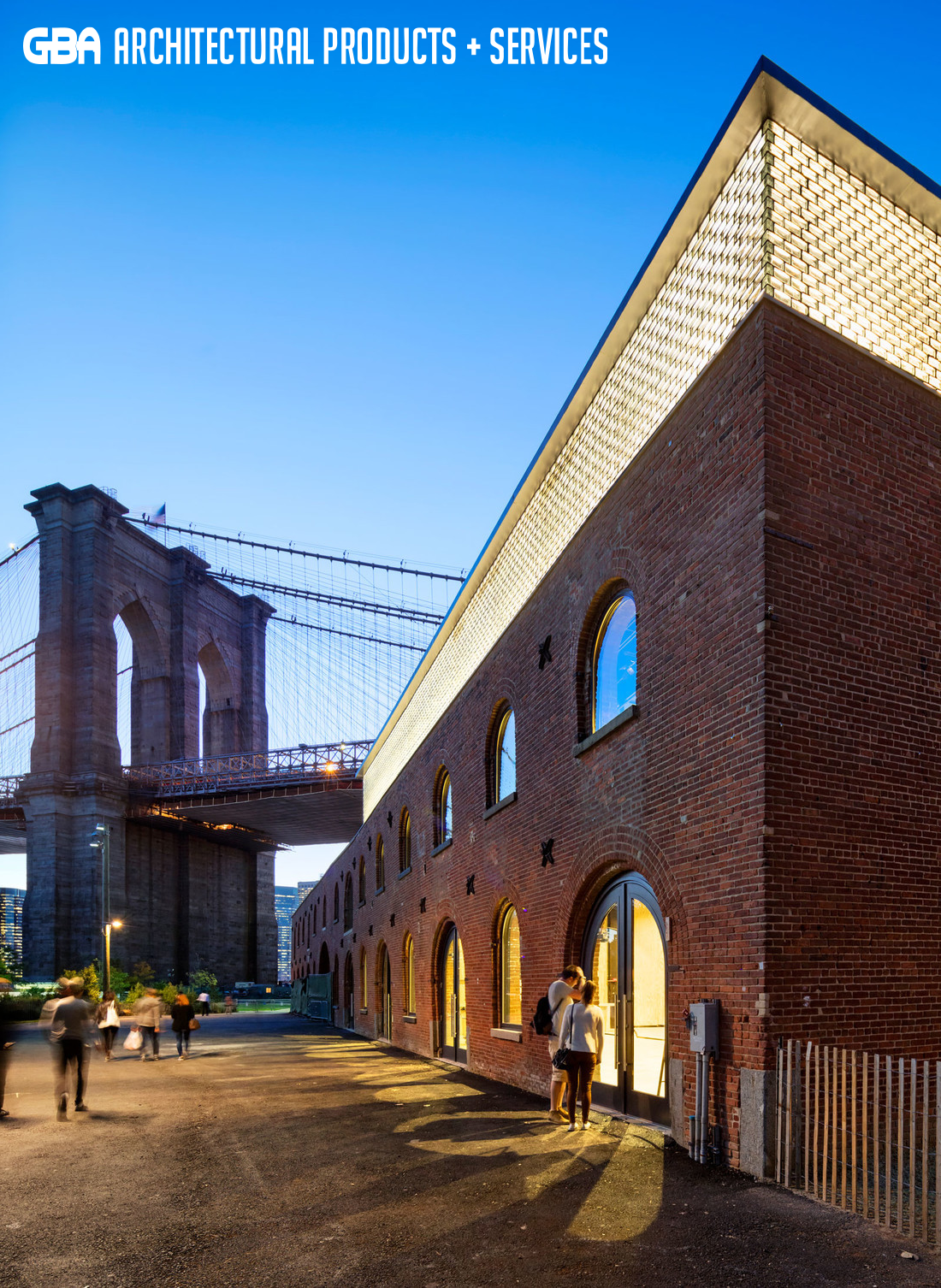 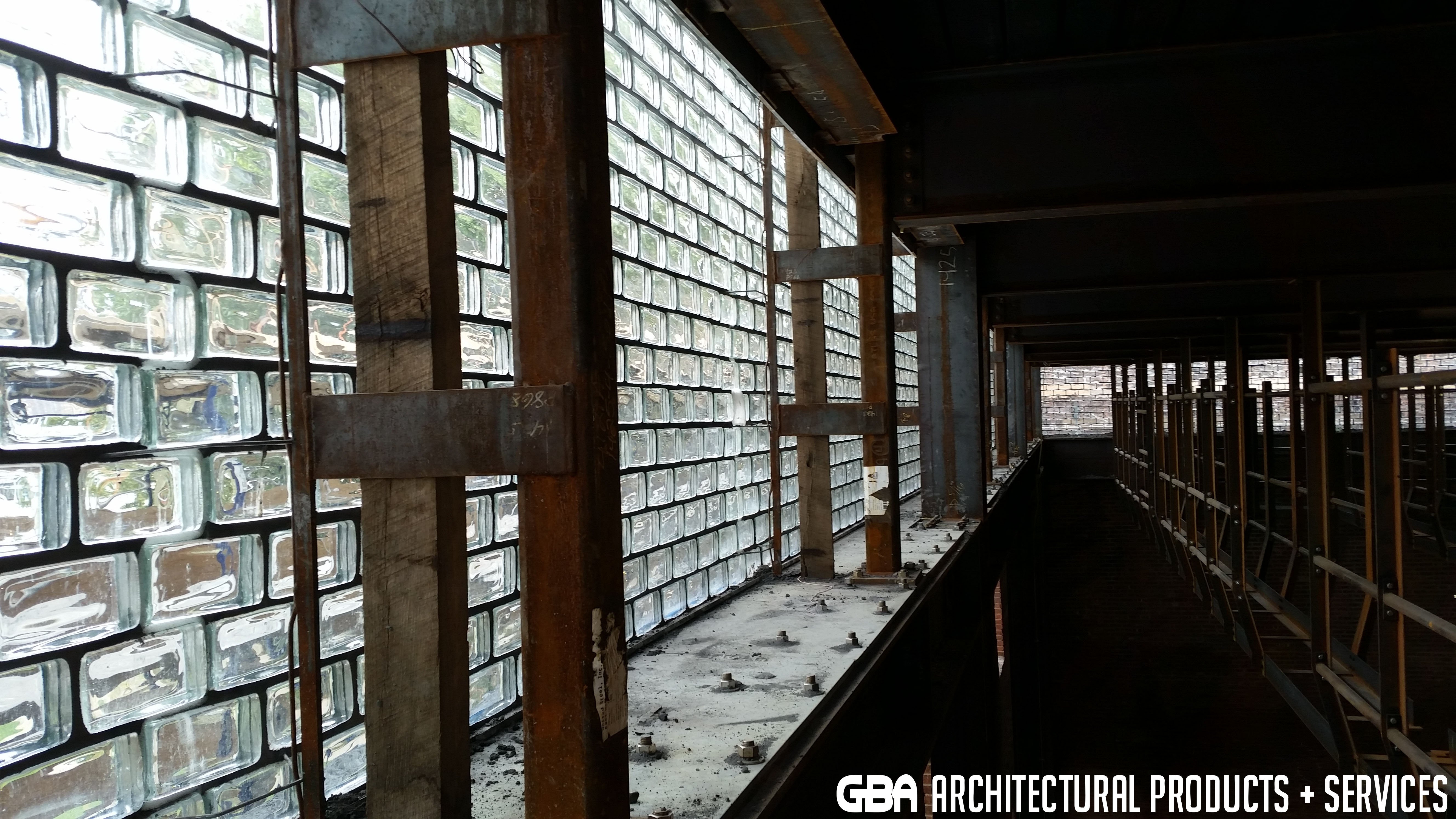