Located under the Peter Minuit Plaza, at the bottom of Manhattan Island, the South Ferry Train Station neighbors Battery Park and the Staten Island Ferry Terminal.  As a part of the largest public transportation agency in North America, the Metropolitan Transit Authority of New York City (MTA NYC), the South Ferry Station was built in 1905.  By 2005, it was in dire need of an upgrade to allow more train cars, reduce travel times for customers, and add additional station entrances with ADA access.  With a budget of $530 million MTA NYC began designing the updates.  A major feature of the new station was a collaboration with the Arts for Transit.

Arts for Transit was created to oversee the selection of artists and the installation of permanent artworks in the subway and commuter rail stations throughout the city.

A standout attribute of the South Ferry Station was a mosaic of Manhattan topography and the glass walls featuring photography taken by the renowned artists, Doug and Mike Starns.  The Starn brothers photographed trees in nearby Battery Park.  Through new technology of fusing art in glass, we were able to create 200' of floor to ceiling glass walls featuring the silhouettes of the trees.  MTA collaborated with a 160-year-old firm from Germany, Franz Mayer of Munich on the glass fabrication.

To draw, design, and execute their vision, MTA worked through their partners on site.  DiDomenico and Partners were the chosen Architect.  Judlau Contracting was the General Contractor for the build out of the station.  GBA Architectural Products + Services was chosen by Judlau to design, dimension, detail, and install the glass works.

The "carrying system" for the wall, being throughout the whole mezzanine level of the station, including over stairs and escalators had to be substantial to carry the weight of the heavy glass features.  Dimensioning was critical to conceal all fastening elements creating the "all glass" wall.  Attachment to the station walls and the support skeleton was made of a series of stainless-steel angle brackets.  The system was designed to overcome any intolerances in the plumb and level of surrounding substrates.  The final finish between all glass features was an optically clear caulk.  Utilizing its skilled union tradesmen, GBA completed the installation to the great satisfaction of the Starns brothers and whole team.

The result was the most ambitious undertaking yet for Arts for Transit and something all travelers to lower Manhattan can cherish. 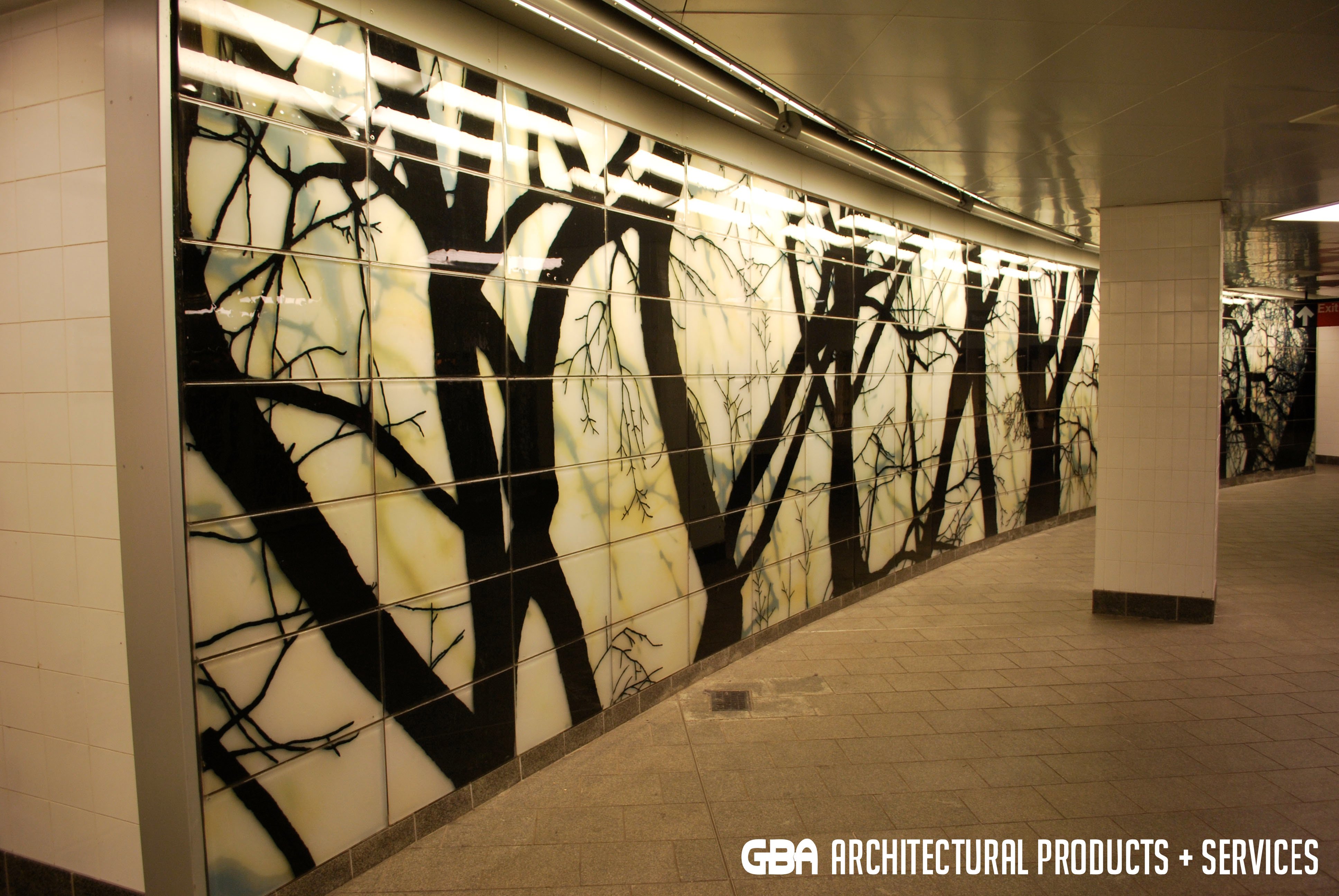 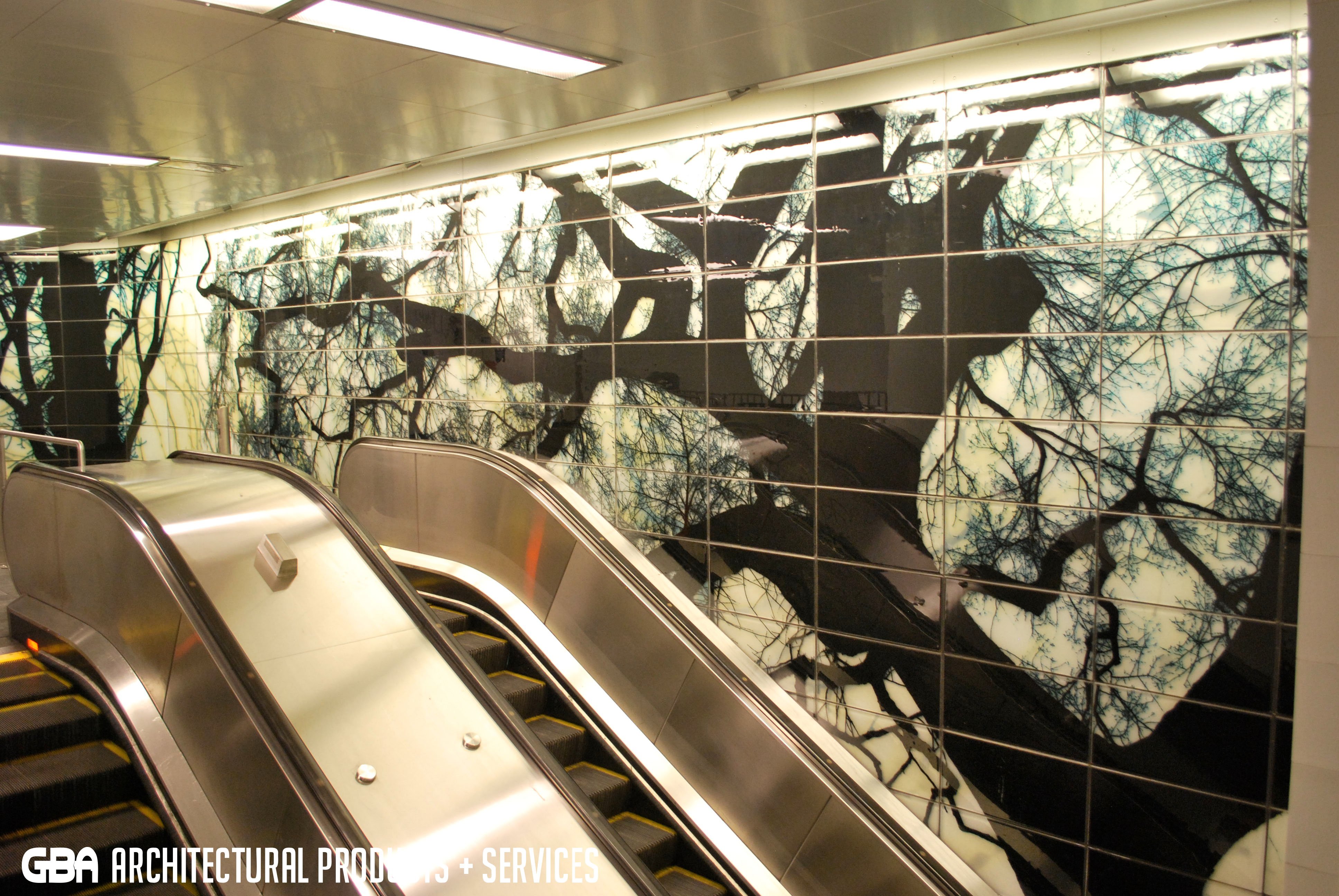