Main Street Station was built in 1901 to declare to the country the city of Richmond's worth.  By the 1920s, it had become a bustling train station.  A few decades later, tragedy struck when Hurricane Agnes flooded the station.  Following the hurricane, multiple fires took out portions of the station.  Through all the hardships the station still remained functional.

In 2018, the city looked to enhance revenue and vitality at the facility.  The plan was to create an entertainment and events facility highlighting the historical significance of the station.  The new facility would not impact the primary function of the station which was to be a premiere multi-modal transportation facility.

SMBW Architects was chosen to design and oversee the refitting of the station because of their expertise in contemporary architecture and urban planning.  SMBW is known for their work with some of "Virginia's largest municipalities, storied universities, and prominent cultural institutions."  The General Contractor awarded the bid for the station remodel was Taylor & Parrish Construction.  They are well respected for their planning, construction solutions and techniques.

The design was to transform the original train shed with its exposed steel and wood roof into a modern multi-use venue.  Plans called for a food market, restaurants, and cultural attractions.  Floor to ceiling windows were installed to allow breathtaking views of the outside city.

Structural glass floors were desired in several locations.  That's where GBA Architectural Products + Services came in.  With the flexibility of our GlassWalk™ products, the architects were able to fulfill their design intent.  Two large Glass Paver Floors were supplied and installed to not only create an exciting appearance on the main floor, but to also supply the lower spaces with plenty of natural light.

GBA also collaborated on a vision to show the components and construction of the original train tracks.  In order to do that, a clear glass floor was created using GlassWalk™ Structural Glass and framing elements.  With the exhibit just below the glass, it is protected yet clearly visible producing a unique learning experience for all visitors. 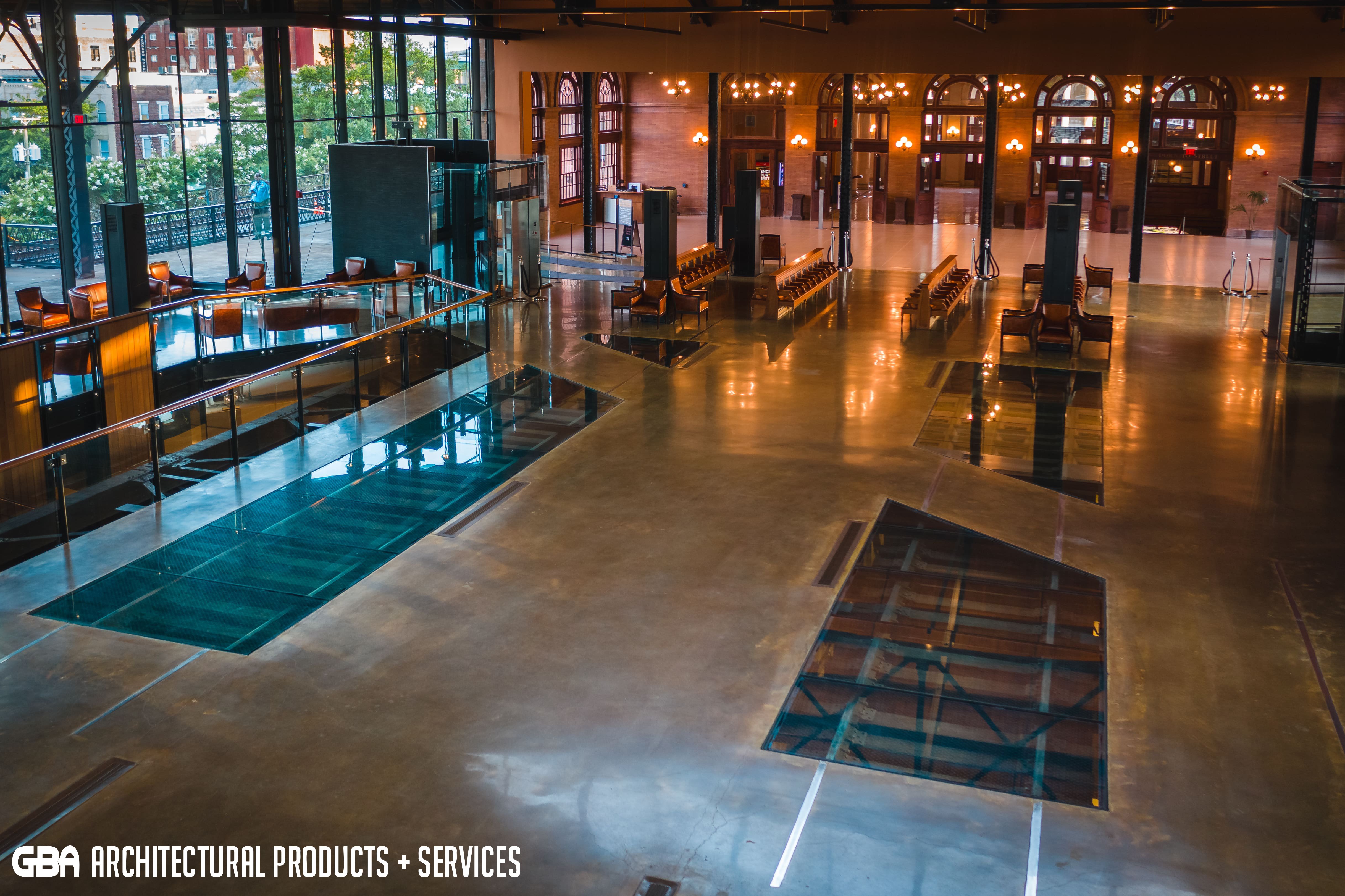 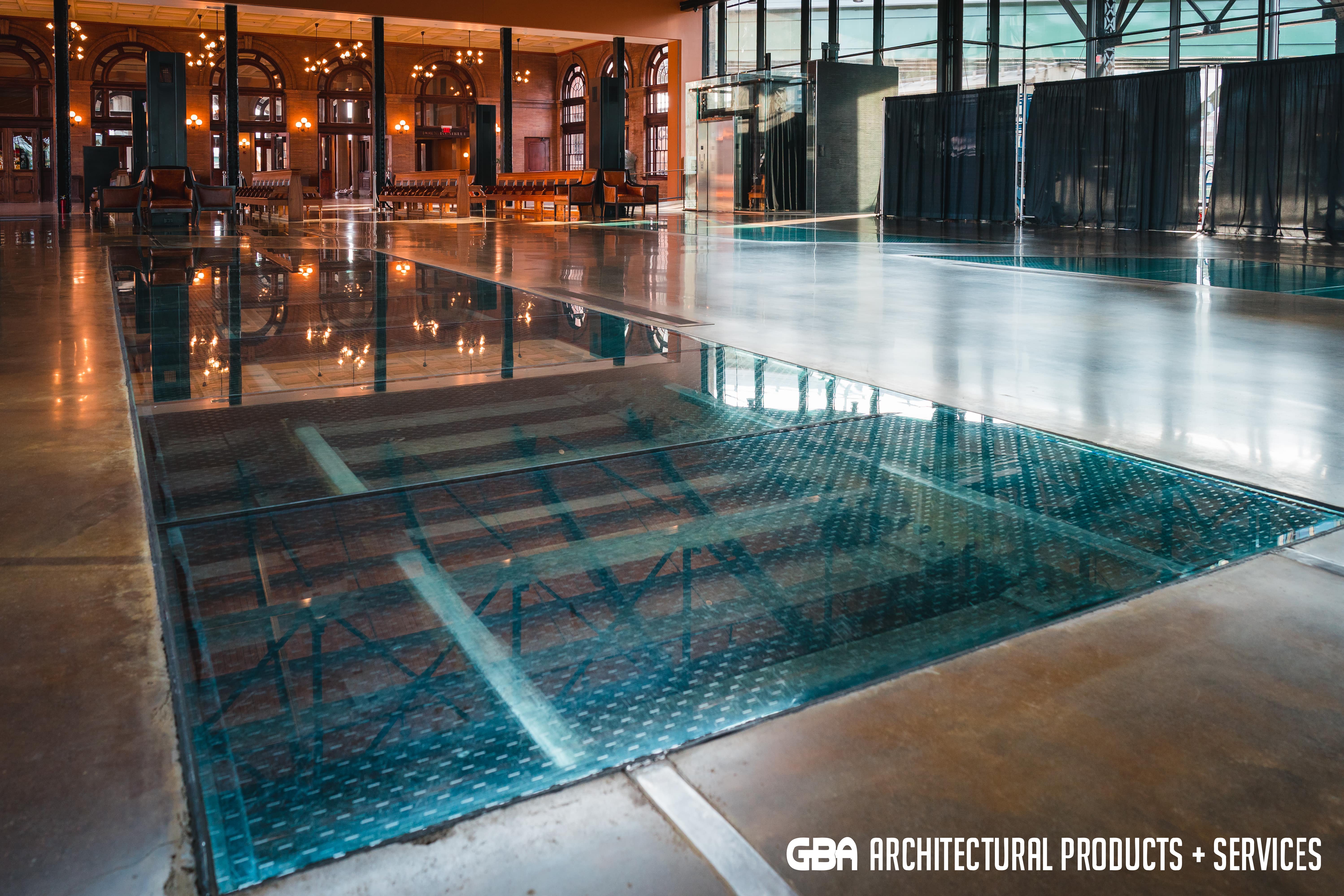 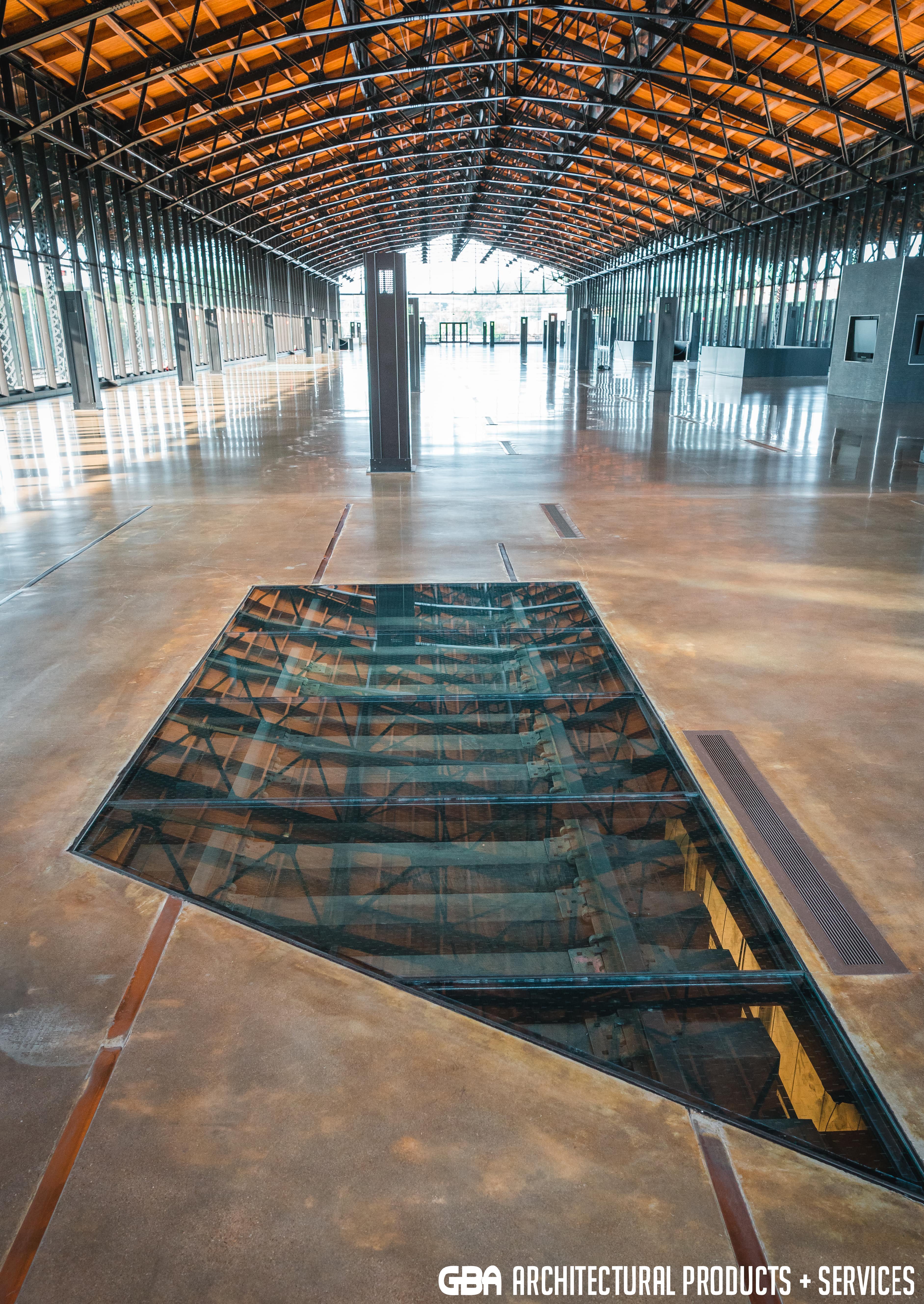 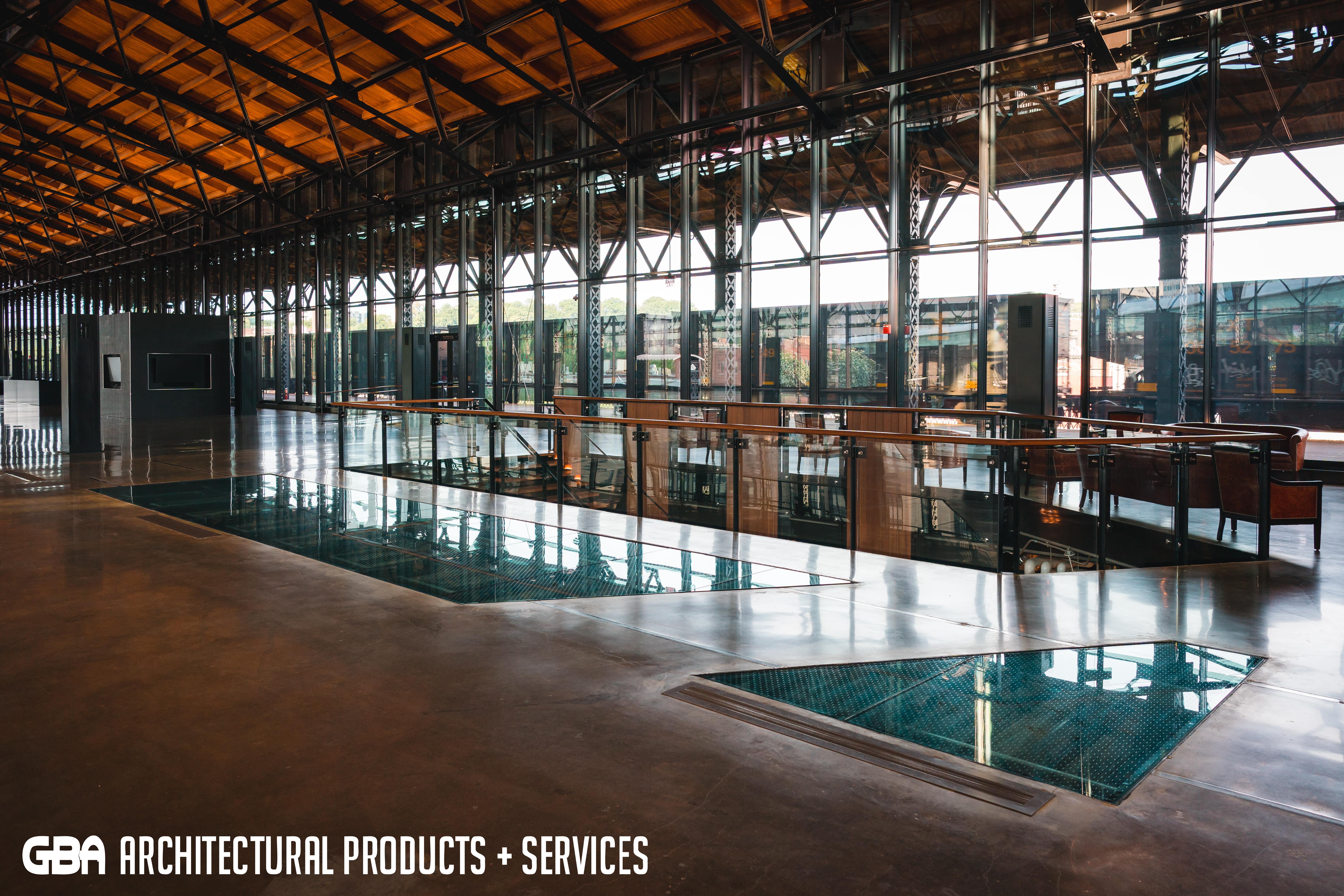 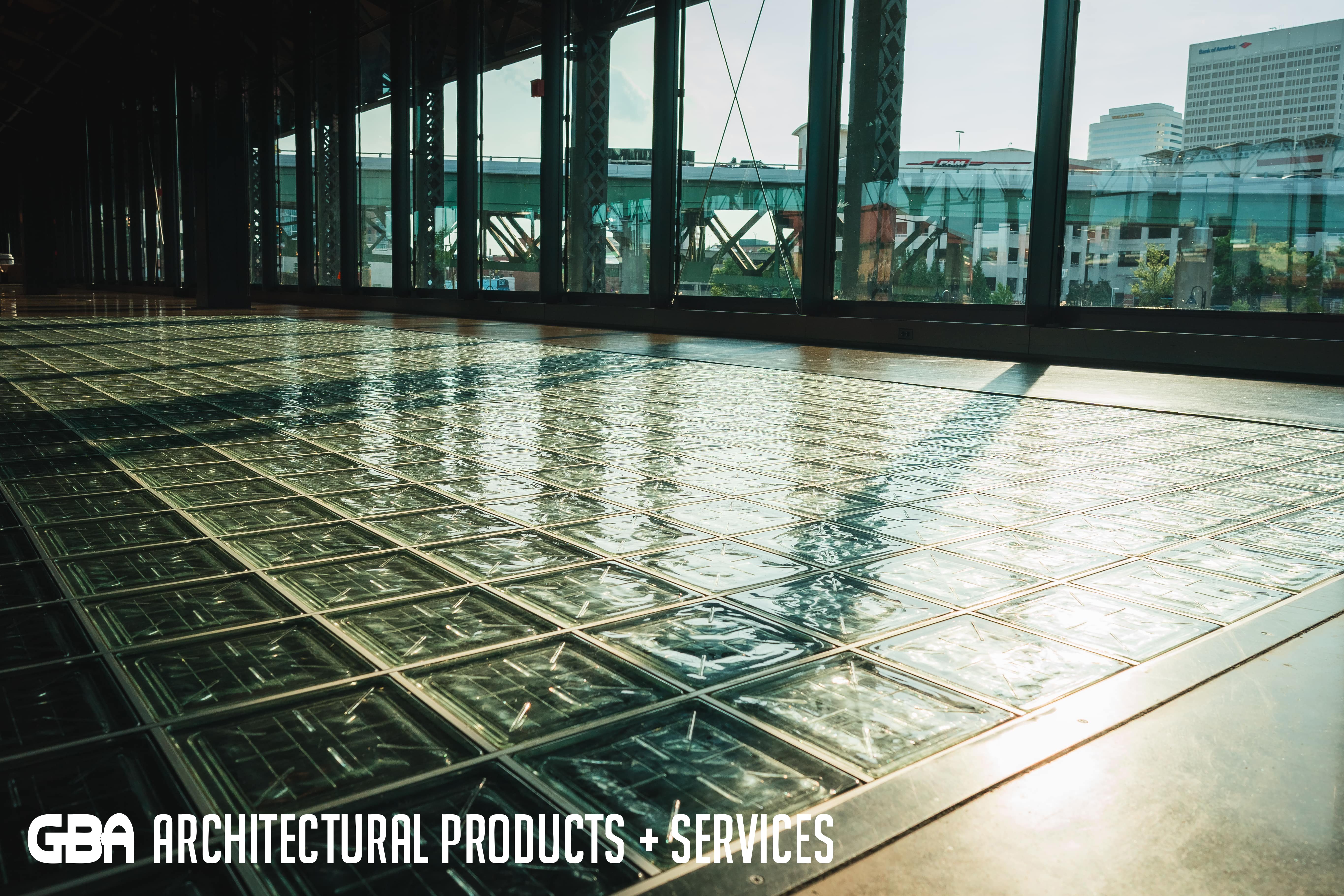 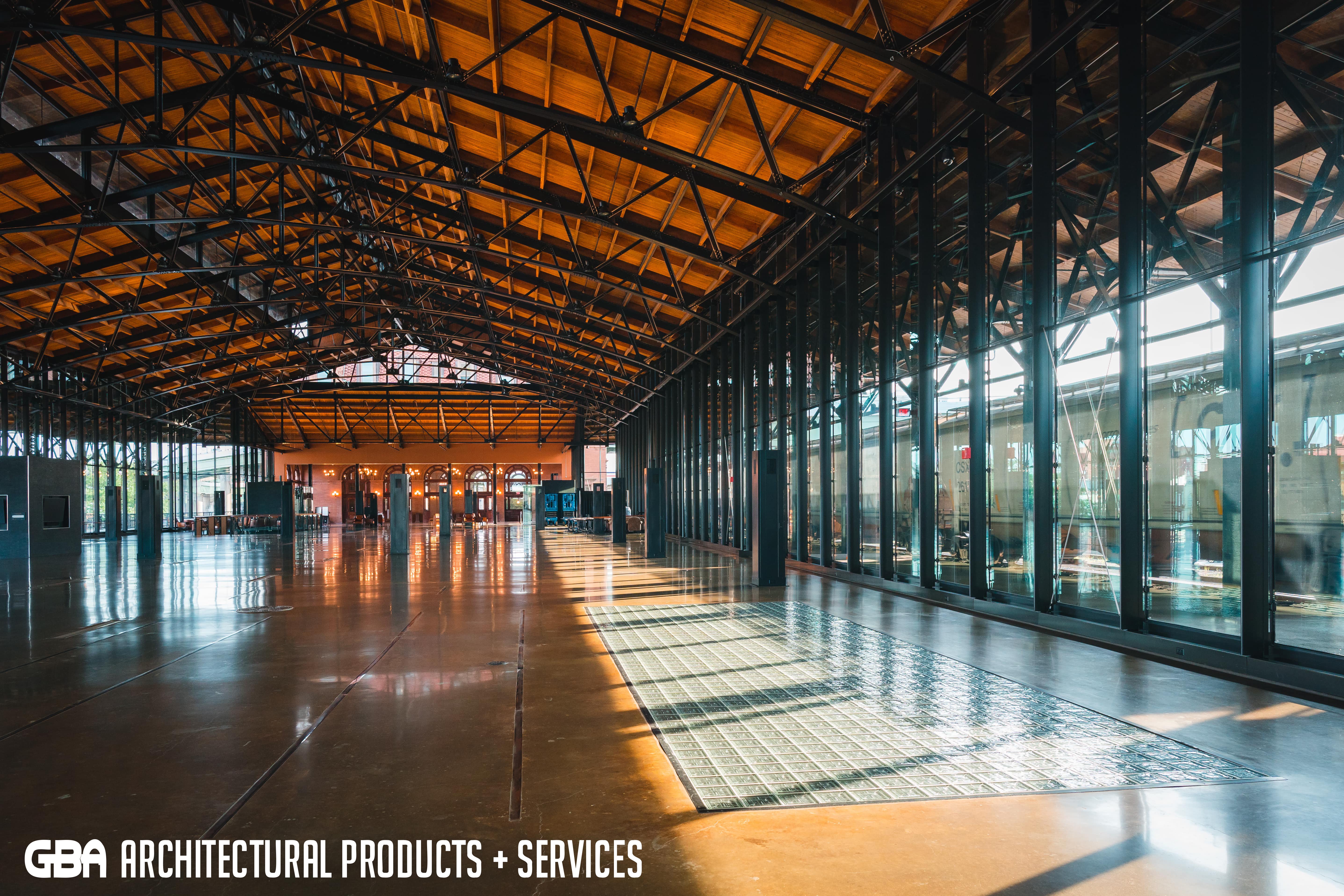 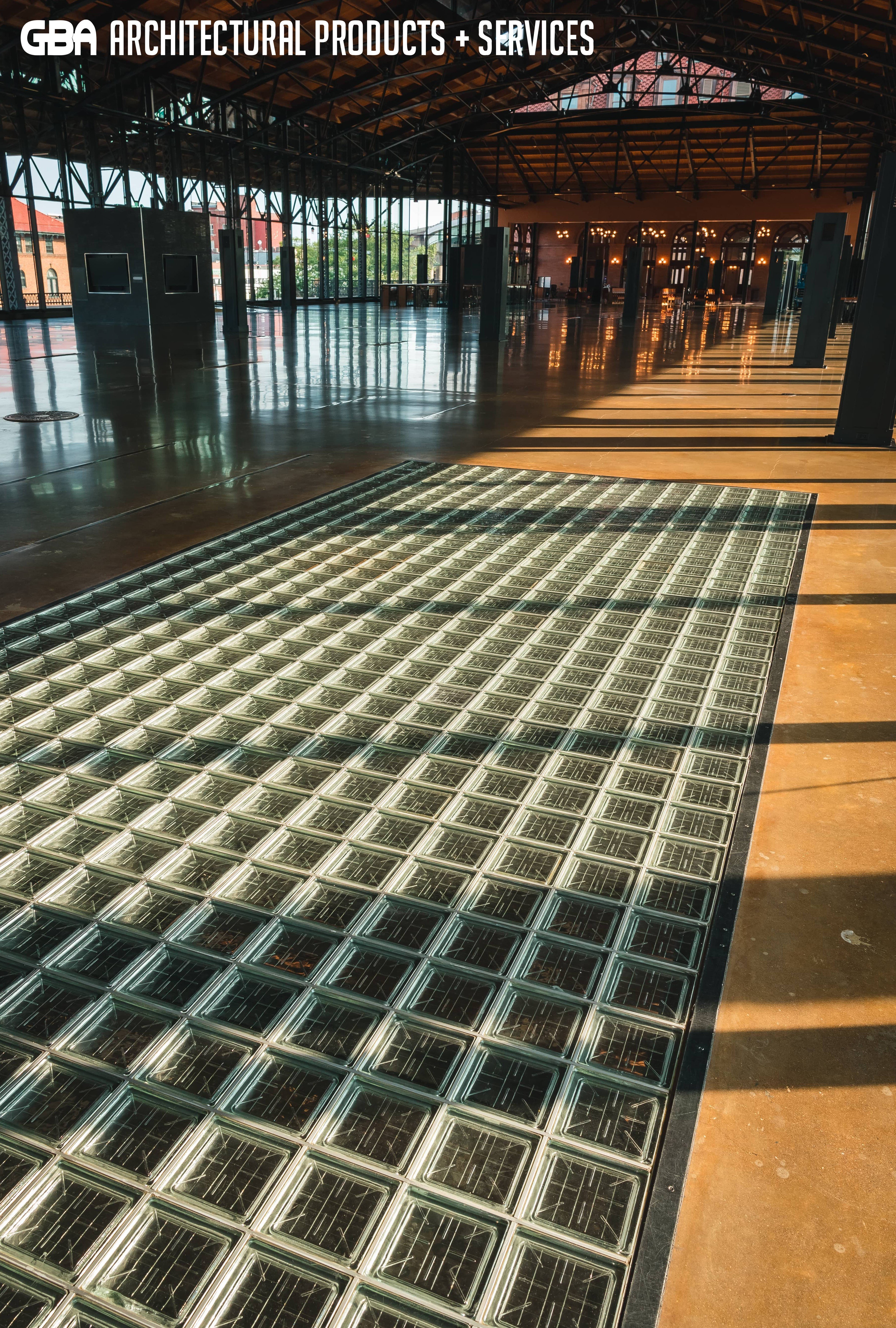 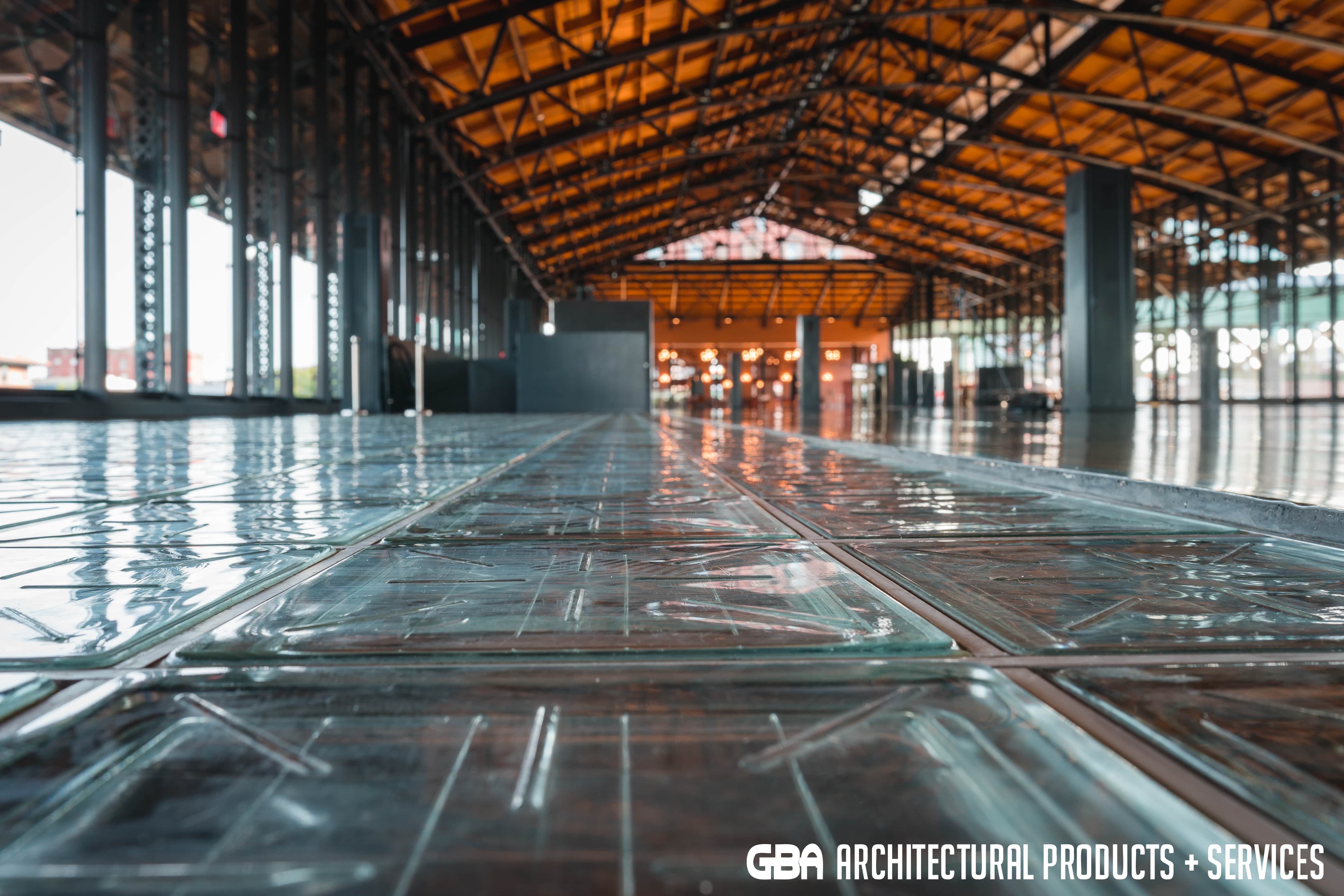