LS3P was brought to the project because of their expertise in the architectural design industry, particularly within the City of Charleston, which has some of the nation’s most difficult historic review boards. LS3P was started by Frank Lucas in 1963. Shortly after he was joined by Sidney Stubbs and the pair started the firm, Lucas and Stubbs Architects. The firm entered and won a competition for their first big project, the Municipal Auditorium and Exhibition Hall for the City of Charleston. A number of significant, strategic mergers expanded the firm’s expertise and capacity. With the addition of new partners, the firm shorted their name to LS3P, in 1991. What started as two partners has grown to over 340 employees and multiple locations in the Southeast. LS3P has won over 600 Design Awards and continues to bring innovative designs to the aviation, transportation, office, residential, education, healthcare, hospitality, and religious industries.

GBA has many years of experience prefabricating these precast and paver panels, and other light penetrating systems. Incorporated in the Hoffler Place project, each panel weighed over 2,000 pounds and required a tower crane to lift the panels over the 6-story building. The design intent was to set the panels next to the pool, in their private Clubhouse area, so natural light could shine through the glass pavers into the interior spaces below. As the nation’s largest installing distributor of glass block, GBA was able to collaborate with LS3P to create unique living experience for all residents.

*Design and Photography Provided by LS3P 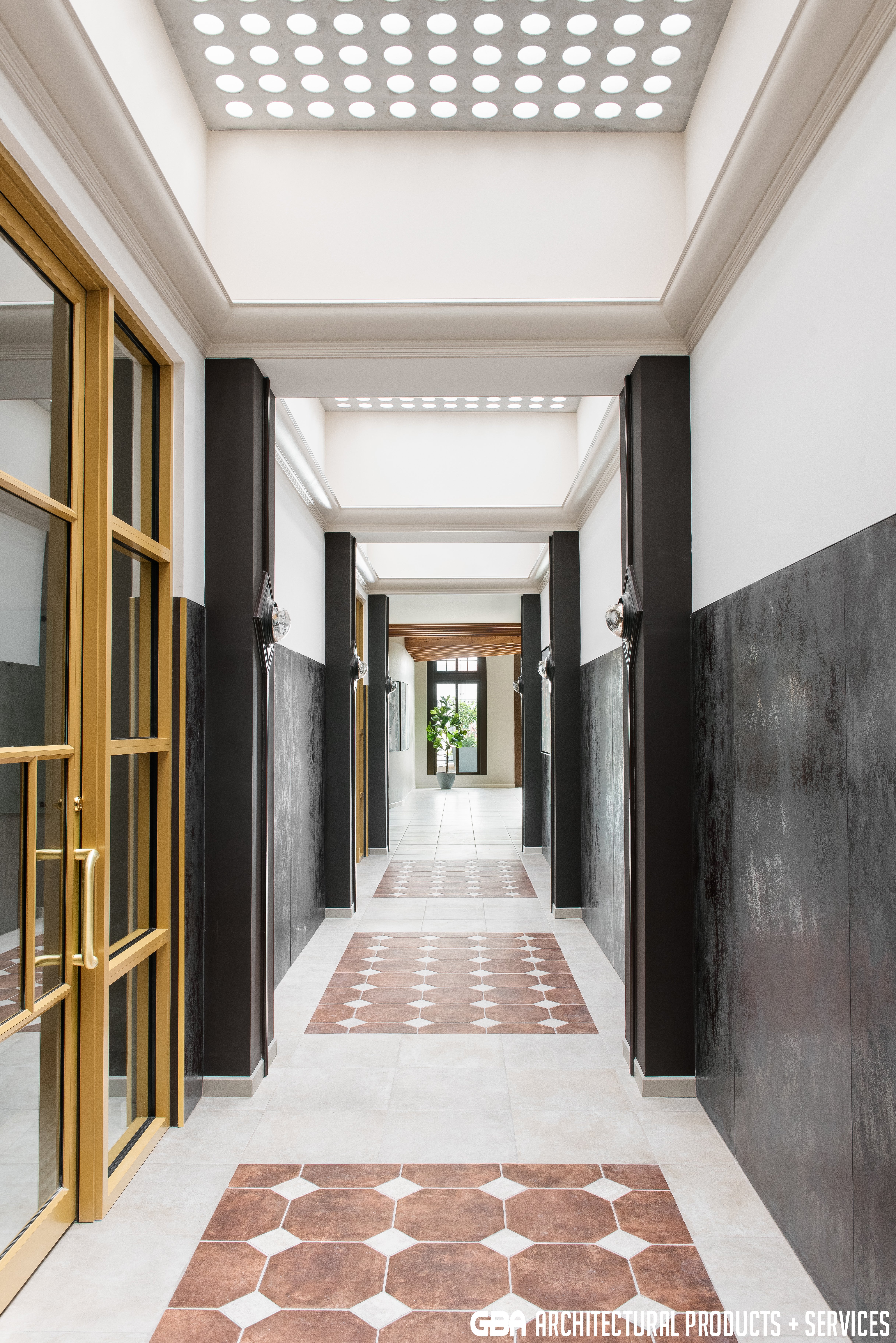 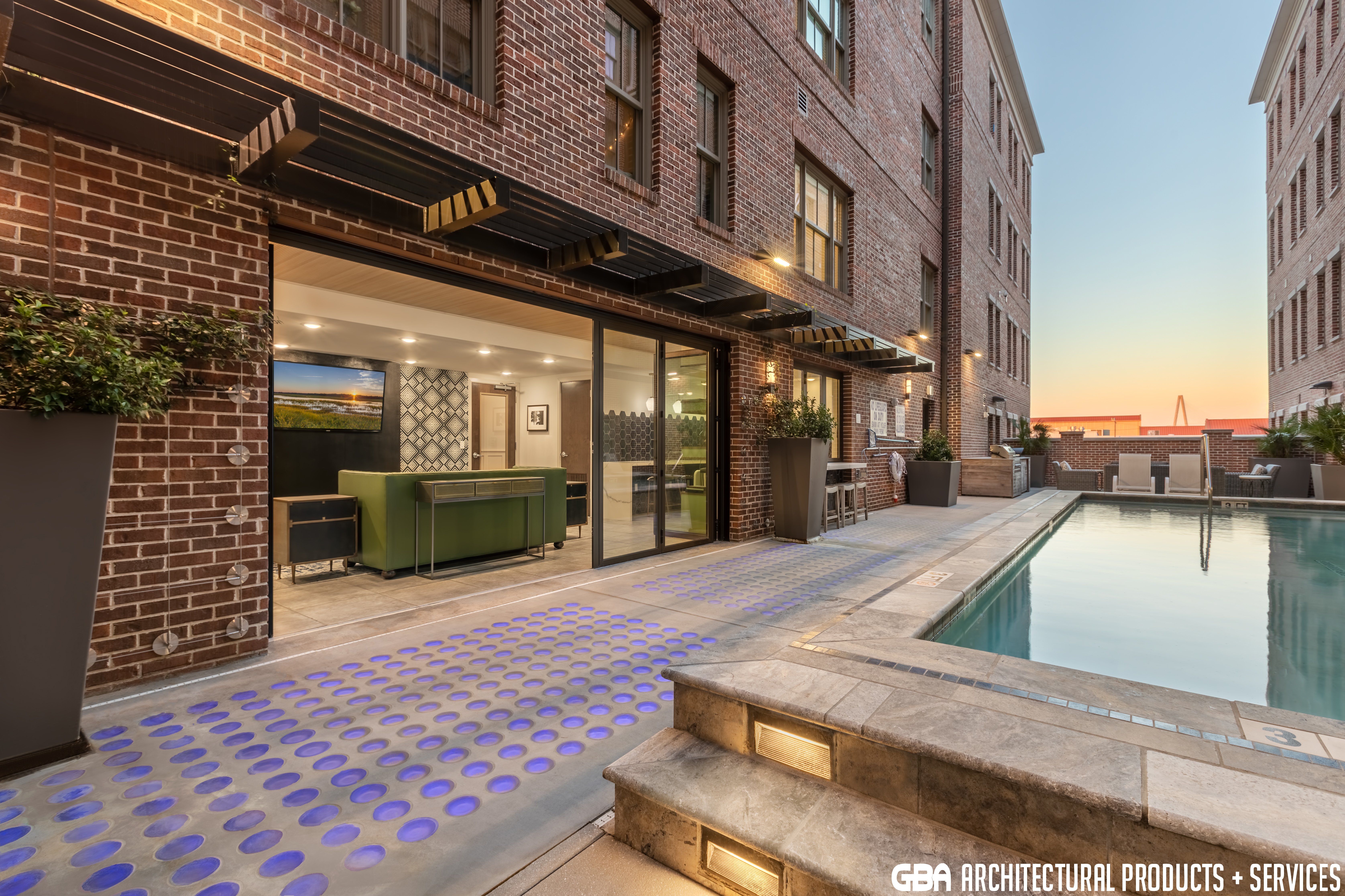