Hillclimb Court is a mixed-use project, designed by Olson Kundig Architect. It was built in 1980 to be a visual and physical limb between the Seattle Waterfront and Pike Place Market. Two historic and popular attractions on the south end of downtown Seattle. The award-winning design featured an inner quiet place, a common courtyard for residents of Hillclimb. One of the main features was an attention commanding backlit glass block wall that transforms the retail component into a lantern lighting up the city night space.

Recently the glass block was reaching its product life cycle. The owners retained SHKS Architects, a local Seattle firm, to oversee the updating of the large glass block wall feature. They determined that a rebuild with additional steel tiebacks created the same stunning appearance, yet allowing for more independent movement of each panel in the wall. It would create a similar, if not enhanced performance of the wall for their client.

They reached out to a well-established local masonry company, R & D masonry to assist and oversee the project. R & D comes with competencies ranging from large commercial to upscale residential and restoration. They called GBA Architectural Products + Services team to collaborate on some aspects of the project. Through fruitful conversation, a trust was developed and an accord reached to team up on the job.

The end result, through months of planning and coordination, was a complete rebuild. GBA installed thousands of fluted glass block mimicking the original glass block laid in a stack band. New ventilators were integrated into the walls to facilitate air movement to the retail spaces within. Extra tiebacks and engineering were done to allow greater independent movement of the glass block from surrounding substitutes and adjoining parcels. GBA completed the entire project without disturbing the activity of the retail space and bustle of the city undisturbed. 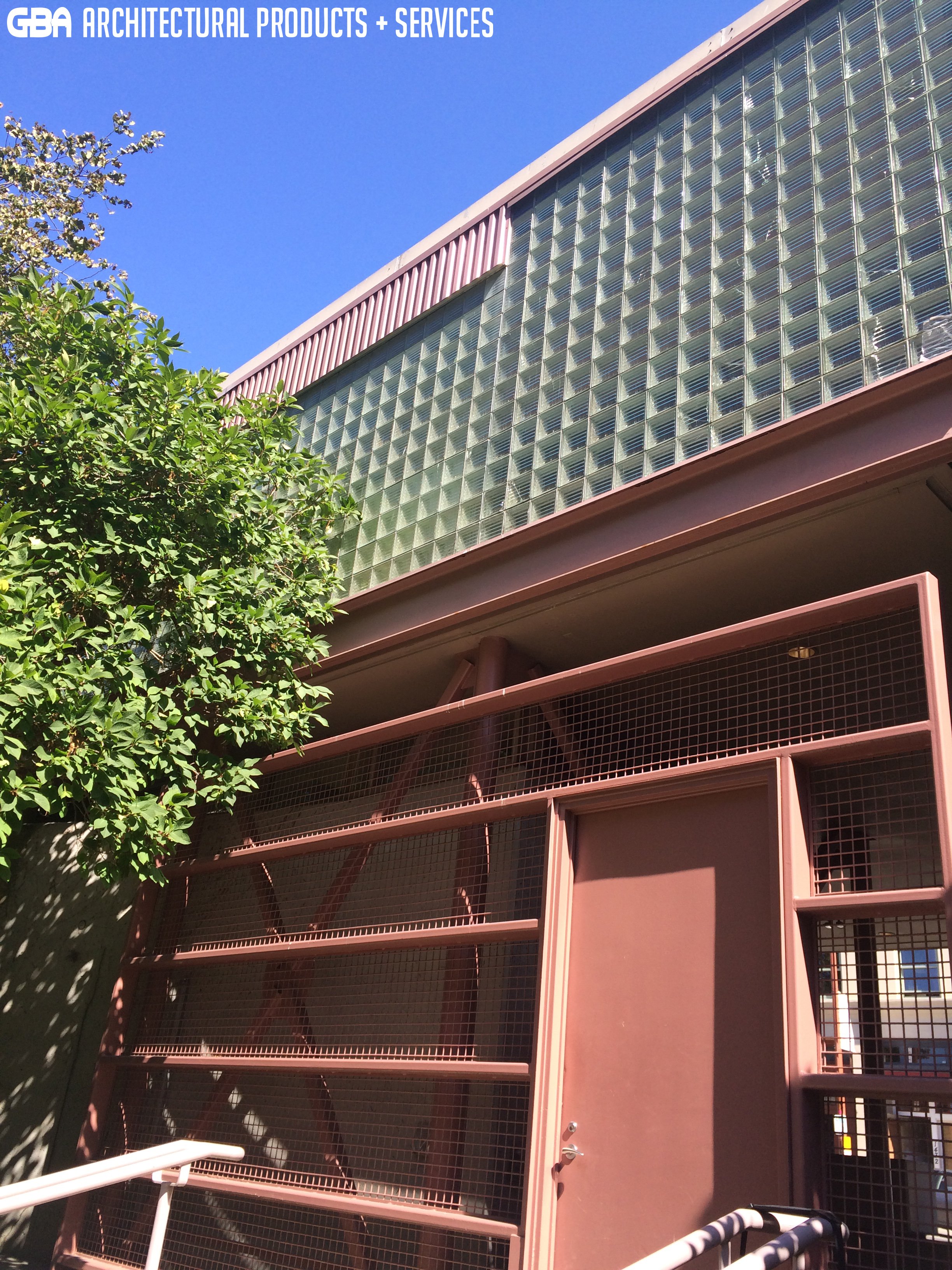