The Consumer Financial Protection Bureau is an agency of the Federal Government that is responsible for consumer protection in the financial sector.  Formed in 2011, the CFPB was authorized by the Dodd-Frank Wall Street Reform and Consumer Protection Act in response to the financial crisis of 2007-08.  They were to take over the space previously occupied by the office of Thrift Supervision.   The new headquarters location at 1700 G Street NW was chosen because it is in the heart of Washington, D.C. just across from the White House complex.

Before they could move in, major renovations had to be done to make the spaces public-friendly as well as up to the current building codes.  Grunley Construction Company, a D.C. area and award-winning full-service construction firm, was chosen to lead the project.  RTKL, a global architectural planning and design firm, was awarded the role of designing as well as overseeing the 300,000 square foot, six-story build out.

Part of the vision was multiple all glass and stainless-steel staircases that rose from the ground to the top floor.  Grand, alluring, and dramatic, the staircases granted full transparent movement throughout the building.  Grunley chose GBA Architectural Products + Services to provide and install the glass treads, risers, and landings.  All treads and landings were five-ply, low iron, 3/8" laminated glass units with a translucent inner layer and contrasting strip for safety.  These units were approximately 2" thick to meet all requirements.  The risers were two-ply, 1/2" laminated optically clear glass units.  The Ted Turner Company supplied and installed the stair stringers as well as stainless-steel cladding.  The result was magnificent and at GBA we are appreciative and honored to perform our portion of work on a building with such an importance to the consumers of our great country. 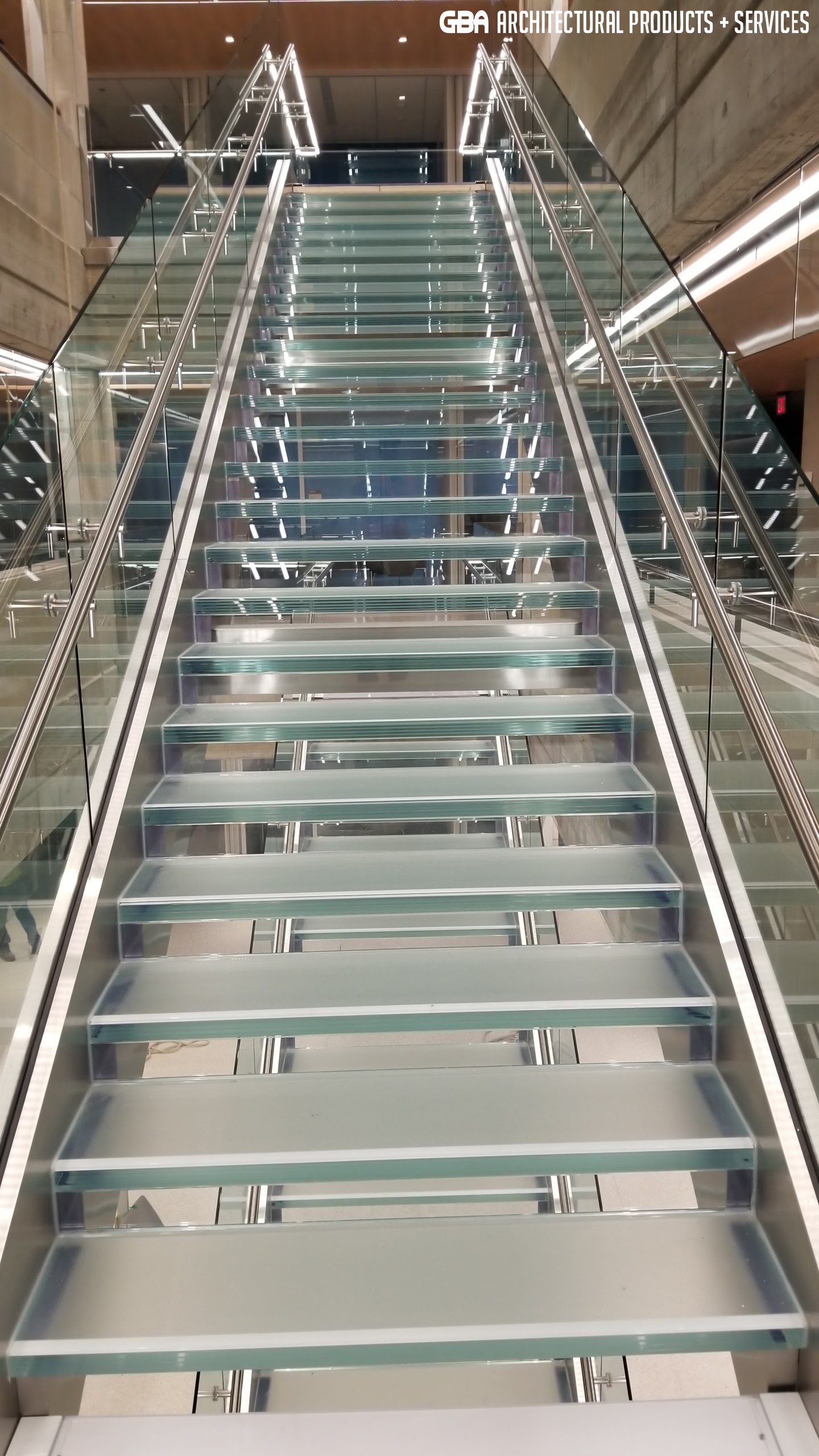 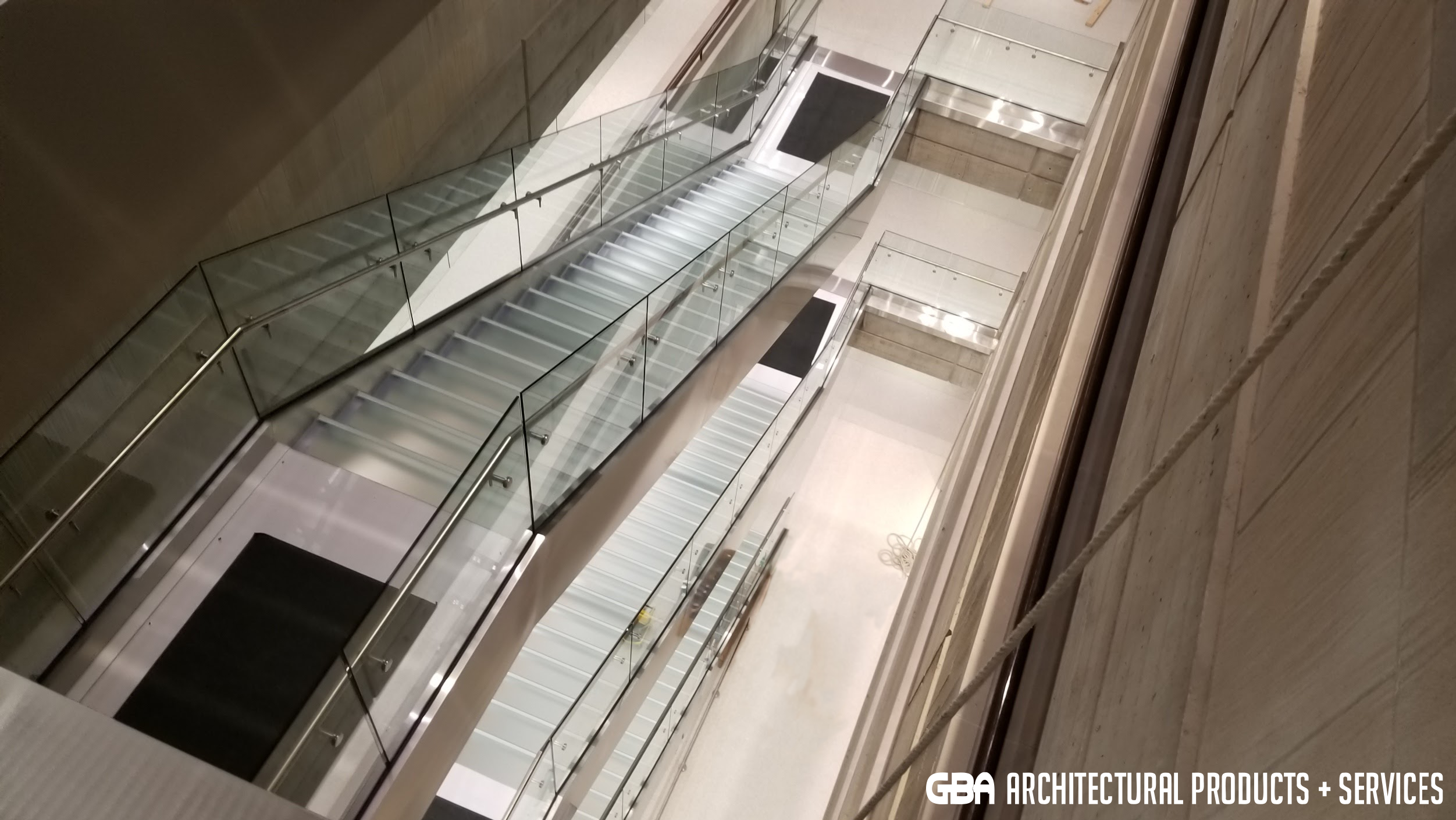 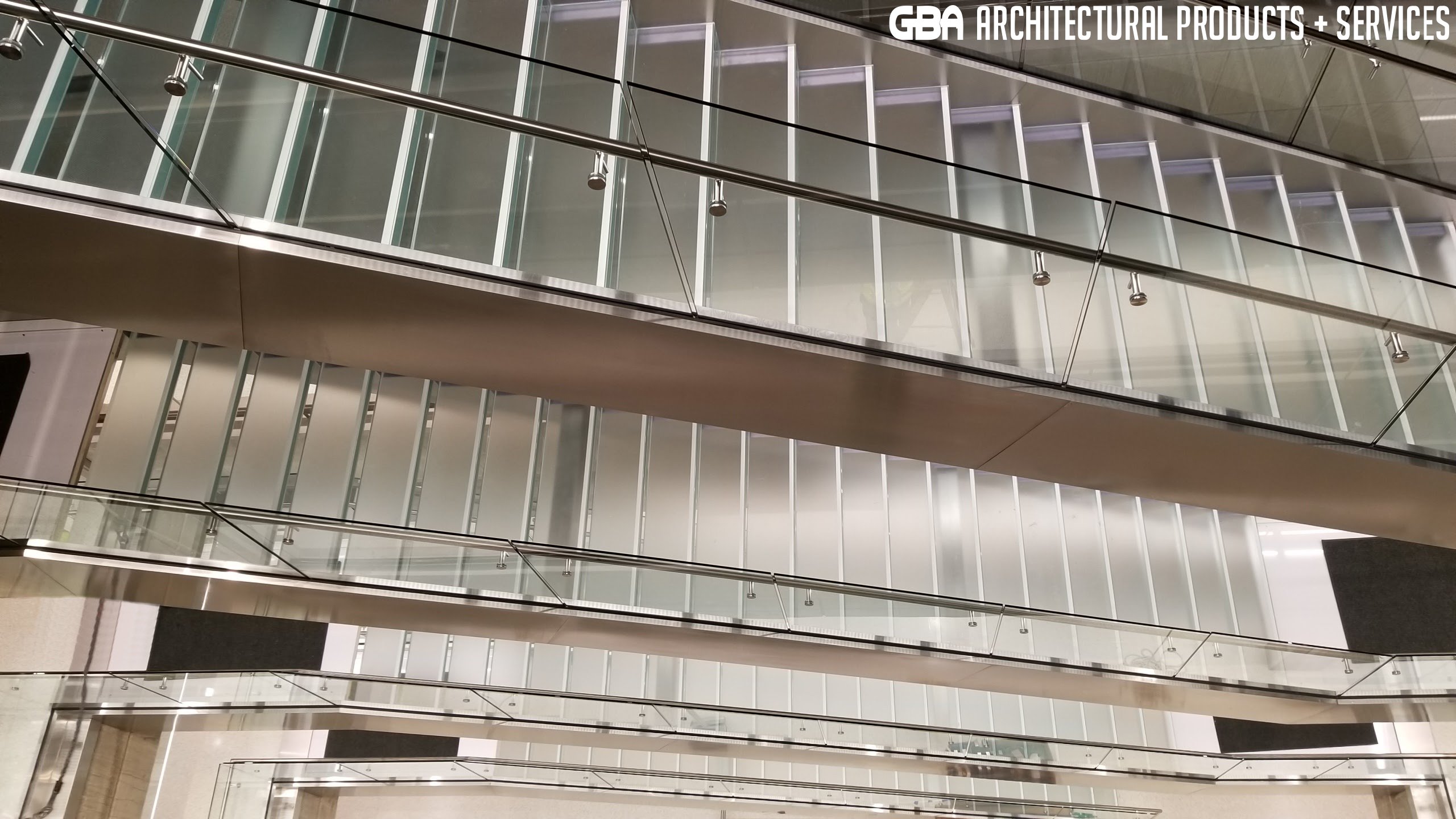 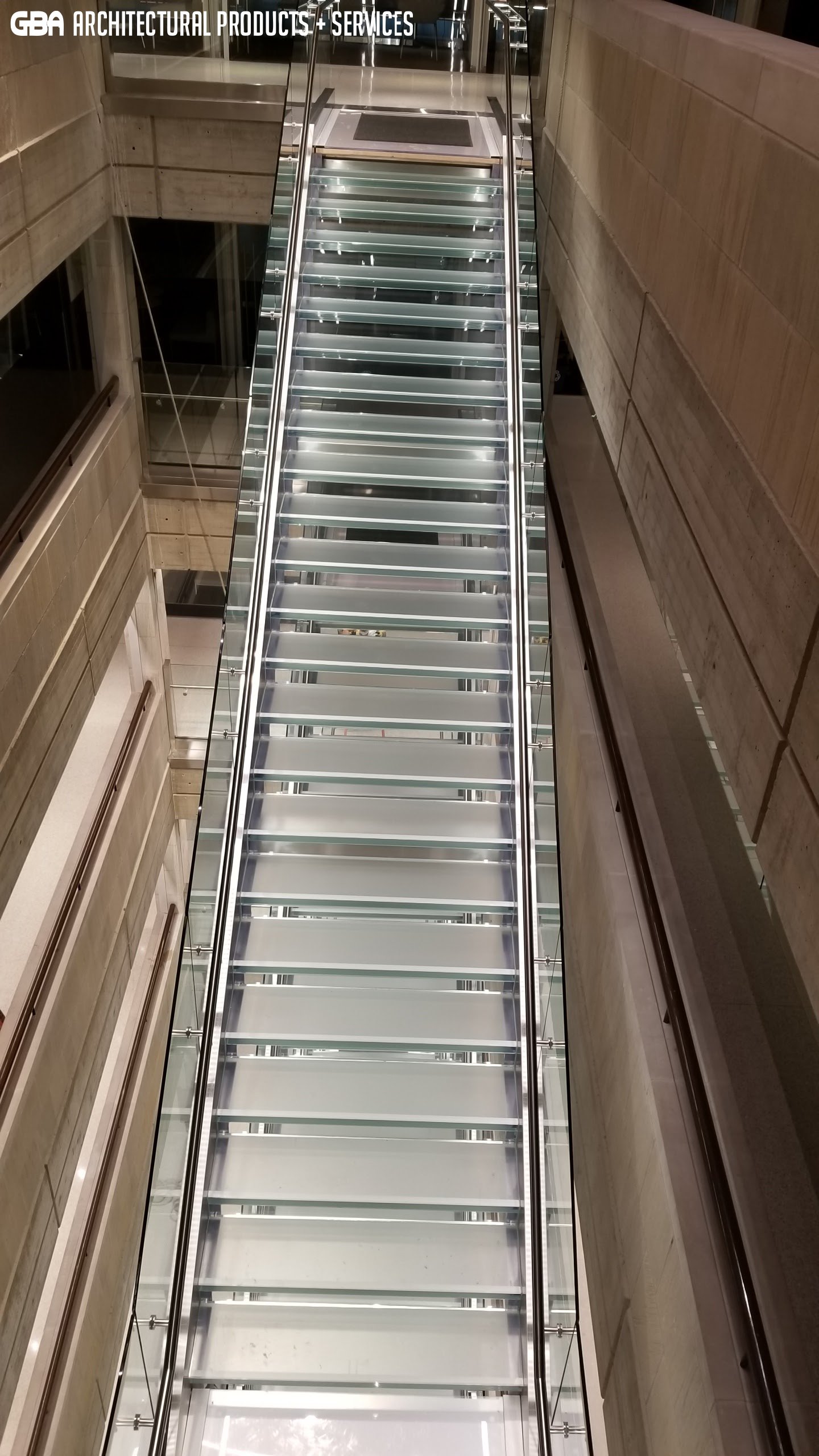