Founded in 2018, Ascend Wellness Holdings is a cannabis dispensary that is “committed to breaking down traditional barriers in the cannabis marketplace to redefine he industry from the ground up.” Ascend focuses on opening stores in limited license states, east of the Rockies. They currently grow 38,000 pounds of different award-winning strains a year and have opened 16 stores in five different states. When looking to open and design the first cannabis flagship store in Boston, MA, Ascend reached out for a collaboration between F R O M Architecture and BKA Architects.

F R O M Architecture was brought in to “meld the company’s business vision with the downtown street scape” of Boston, MA, being one of the oldest municipalities in the United States. F R O M is an architectural design firm for residential and commercial projects and interior fit-outs that is located in New York City. F R O M in addition to BKA Architects (a full-service architectural and design firm) was able to create a unique storefront for Ascend Wellness Holdings. The collaboration between Shawmut, F R O M, and BKA brought all of Ascends design ideas to life.

The building’s façade featured a tremendous fluted glass block entrance that allows for maximum daylighting inside the store. When looking for a team to supply and install the hefty amount of glass block needed in this project, F R O M and BKA turned to GBA Architectural Products + Services. With GBA’s wide variety of glass block to choose from, it was determined that a Q19 Doric Neutro and a 1919/10 Clearview glass blocks would be used. These glass block added a unique texture to the façade of the building that made it stand out while still maintaining the downtown street scape that the buildings in Boston embody. 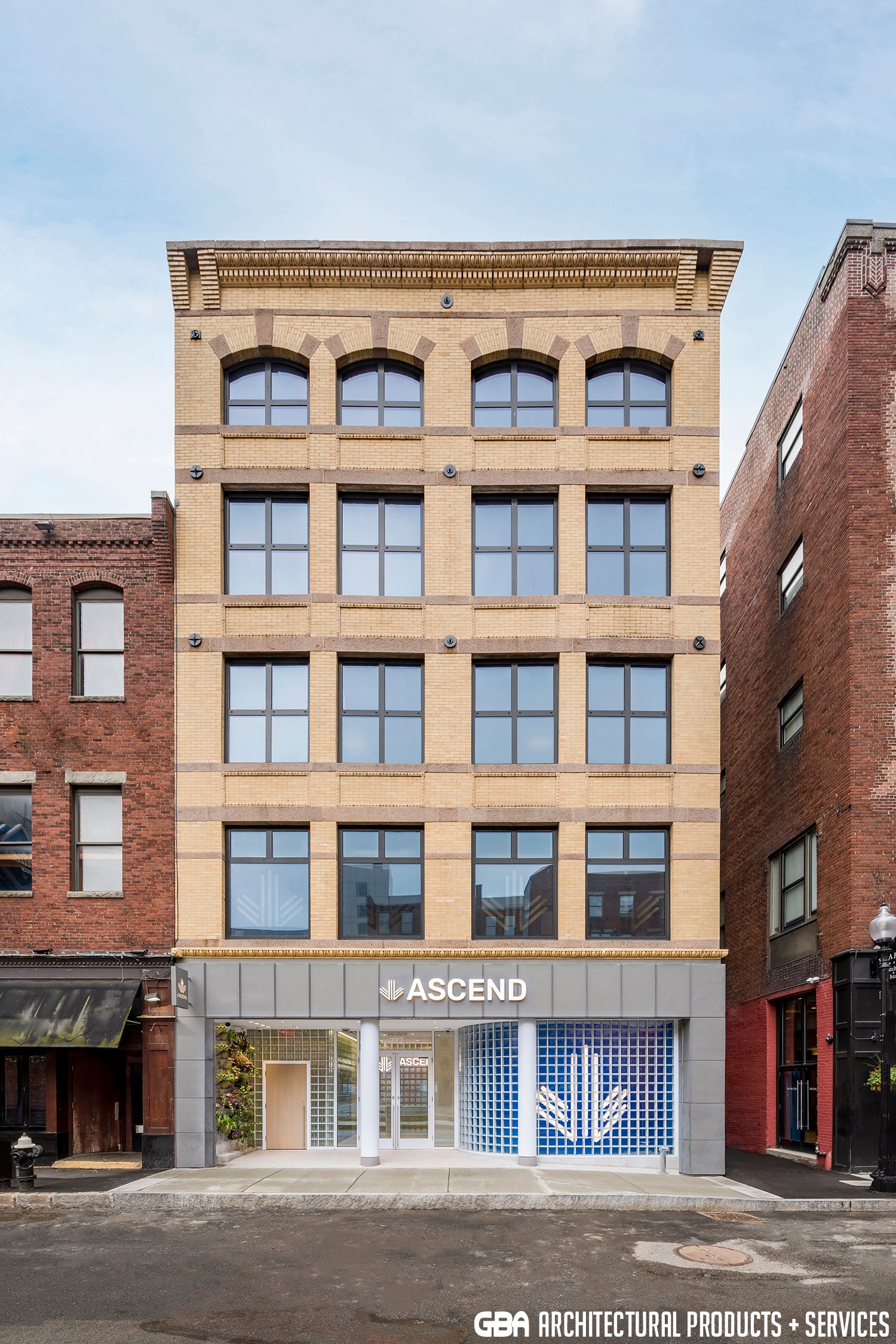 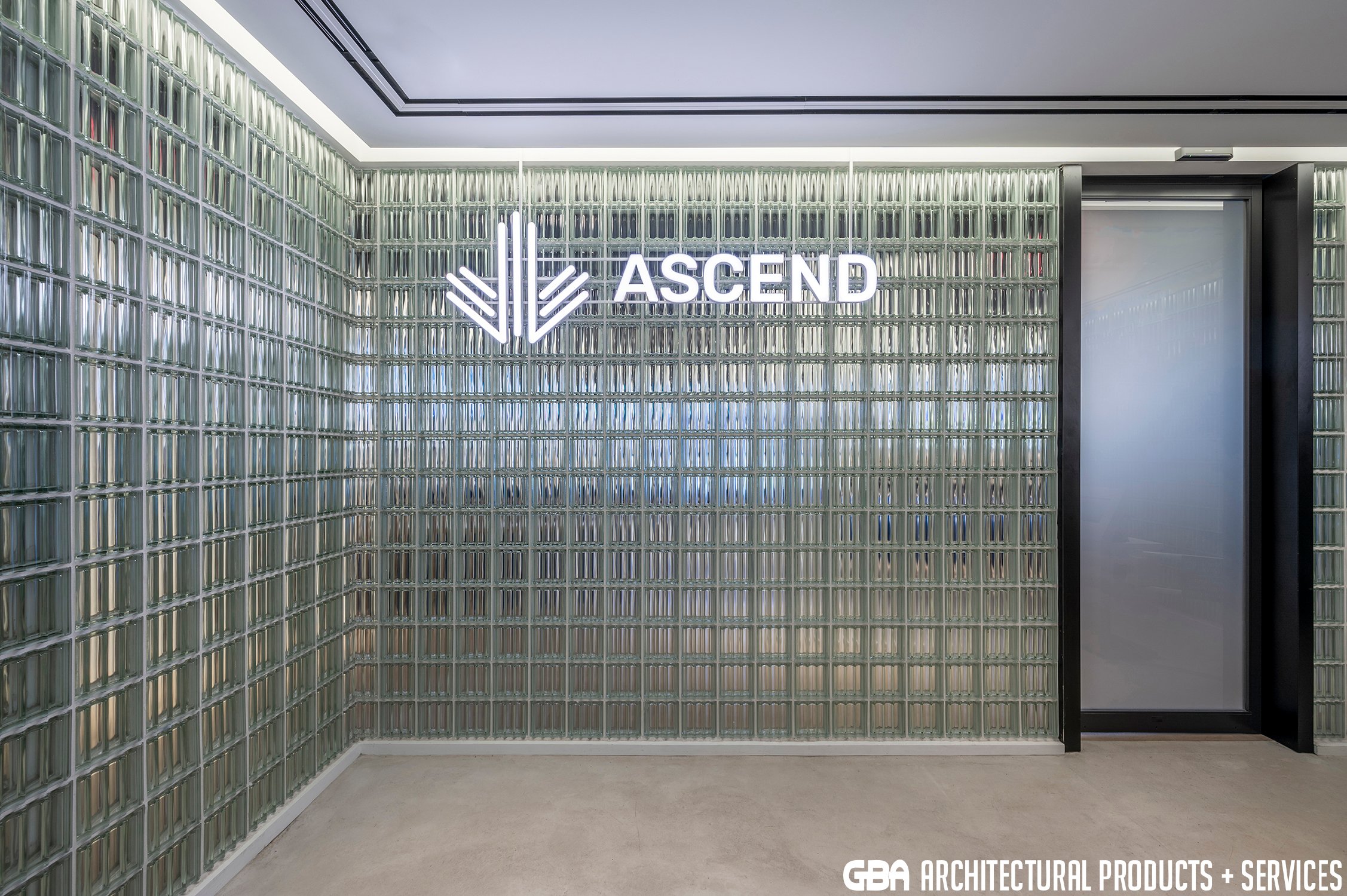 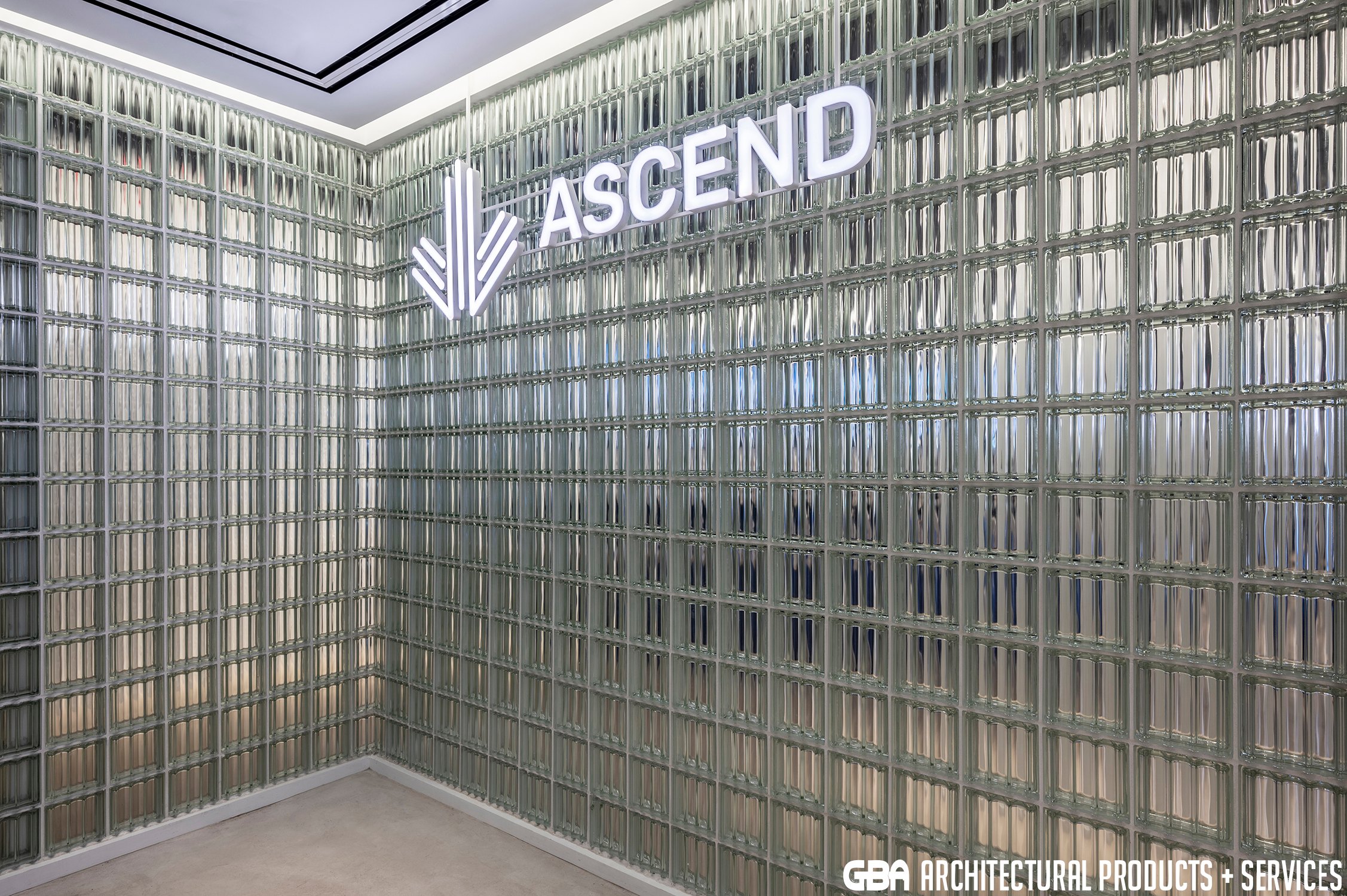 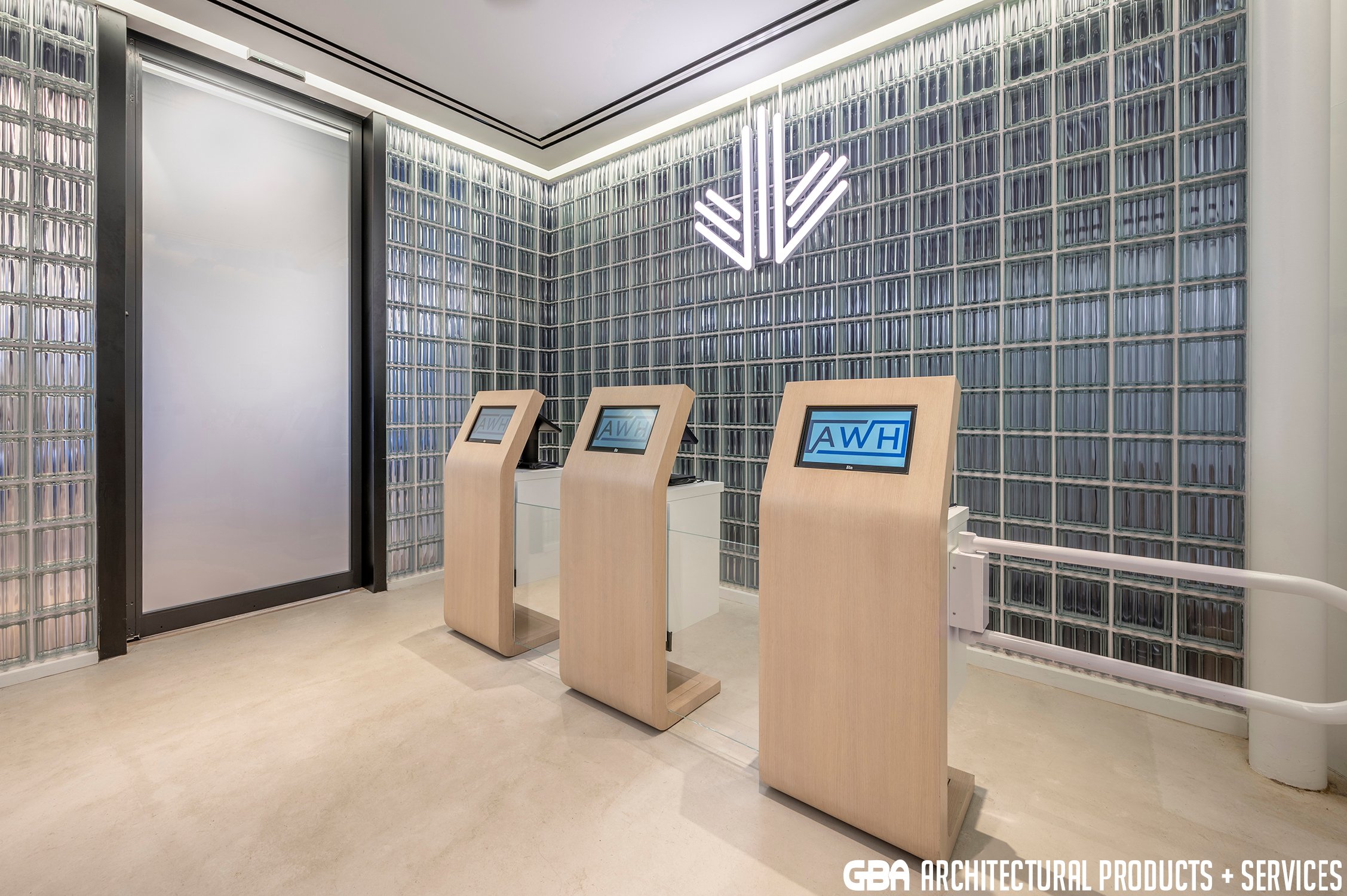 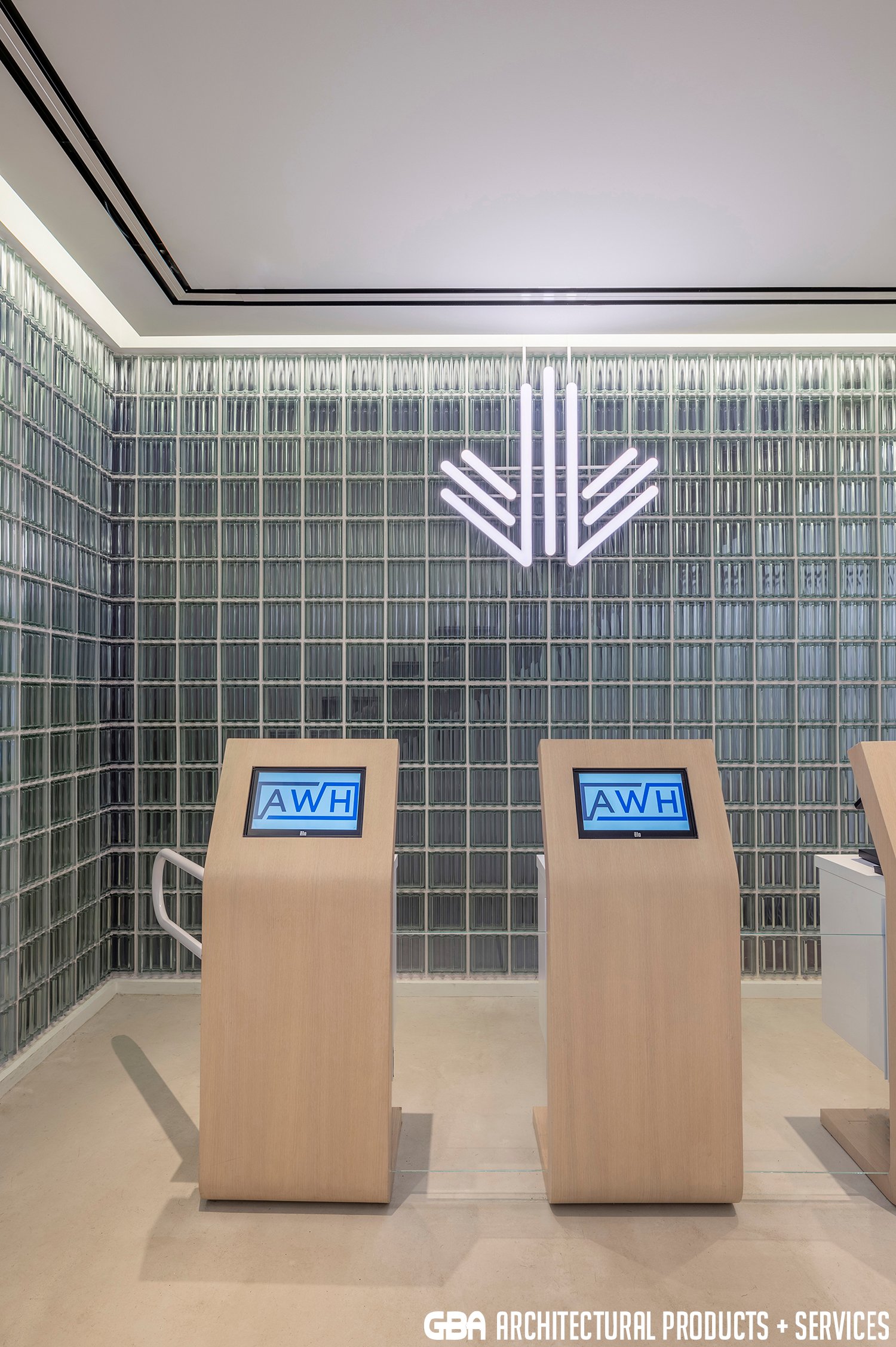